Myanmar: Understanding “When Yes is No” 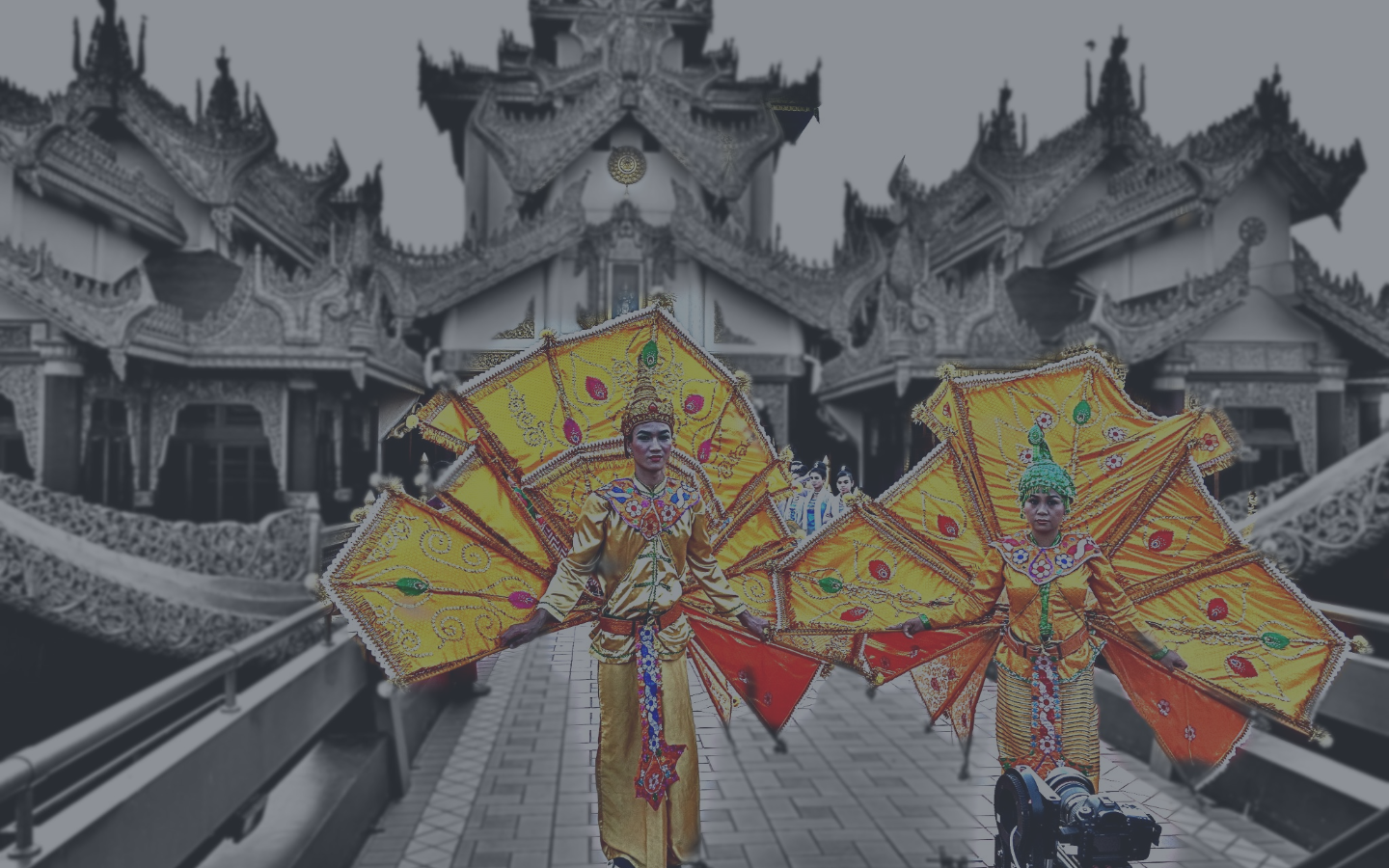 The charming Golden Land Myanmar - one of the last frontier markets just opened up recently after six decades of being under a dictatorship and isolation. Thus, working in Myanmar, those coming from outside the culture and expats have often faced lots of oddities and obstacles due to significant cultural gaps.

Cross-cultural leadership is, in fact, the biggest management challenge of expats working overseas, according to the Economist. 90 percent of senior executives in a survey covering 68 countries see “cross-cultural leadership” as the biggest management challenge of this century. Up to 40 percent of managers sent on overseas assignments terminate early. The cost to employers of each early return is between US$250,000 – $1,250,000. In most cases, the reason is cultural issues rather than professional or technical skills.

Likewise, according to the majority of fifty Myanmar professionals who participated in my survey for the book “When Global Meets Local – How Expatriates Can Succeed in Myanmar”, issues/conflicts between expats and Myanmar nationals are most commonly derived from issues of communications and relationships. They say “Expats normally do not understand Myanmar”.

Also, in the above survey, many of a hundred expats and fifty Myanmar professionals share that “When Yes is No” is a situation that many expats often encounter here."

This story is common that can happen to any newcomer expat. After assigning a task to one of his Myanmar reports, he/she asks “Is this ok for you?” and/or “Are you sure you can do it?” or “Do you get it?”. The answer they often receive is “Yes”, and “Yes” all the time. The expat feels pleased to have a local colleague with such a “can do” attitude!

But when the deadline clocks in, the expat can be astonished to find out the assignment is not completed yet, or completed in a totally unexpected way. He/she asks themselves, “Why Yes is No” ? Sometimes, the question even is “Why don’t they deliver their promises?”, “Does my report try to lie?”

In fact, it is most usually not that his colleagues wanted to lie to him. Lots of Myanmar people are very hesitant to say “No” to others, particularly to their superiors. Saying “No” can be considered “rude” in Myanmar culture. It can cause embarrassment to the receivers. They then just say “Yes” all the time to please you. Their intentions are good.

Even in case they do not understand the task, they are not willing to “ask back” for further comprehension because it can be considered as “challenging seniors” in the local culture. “Asking back” is undesirable for their seniors, they think.

It is the “Anadeh” – Survival Rule 2 as put in the book “When Global Meets Local” being the root of those kinds of people’s behaviors. It is briefly the “consideration for others” rule that is very much prevalent in social interactions in Myanmar.

To avoid as many mishaps as possible, below are the top tips for working with Myanmar local colleagues that Hana Bui wants to share with expats operating in the Golden Land:

➤ Check back to ensure your Myanmar colleagues really understand your sayings

Expats can find situations when “Yes means No” as per the above example “When Yes is No”. Myanmar people are very much hesitant to say “no” to someone, especially to their superiors. Even if they do not fully understand what you say, they can still answer “yes” all the time. Then, “check back”, please!

As per English usage for communication, if the majority of your local colleagues are not fluent in English, just use simple English to make it easy for them to comprehend. Avoid using subtle words, especially when you are a native speaker, or using the “negative-form questions” such as “Won’t you come there tomorrow?” They certainly will complicate your message and weaken the chances of being comprehensible at ease.

➤ Get help from an interpreter

Using a local interpreter (who can be from your team members) can be helpful when you want to convey long messages or complex ones. Local colleagues can understand your speeches/assignments without much hardship if they are conveyed in Burmese. Interpreters can also use local backgrounds to explain the diverse aspects of your messages.

➤ Utilize the power of positive language

Criticism can certainly be very damaging in Myanmar. Though many local colleagues want to achieve new skills and gain knowledge, criticism is a quick way to hurt your relationships with them. For there is no way to help them realize their limitations and make progress. They can simply become embarrassed or “Lose Face” being criticized. It is better not to dwell on their mistakes but calmly elaborate all the consequences of their errors and how to prevent them from re-happening in the future. The best is to give praise and encourage them whenever possible!

Expats’ messages can easily be misunderstood in the workplace, especially when briefing large groups of people via email or during virtual meetings. It is sometimes best to have face-to-face meetings to communicate your message. You can quickly see that the receiver understands your message, and explain/correct them if they don’t understand fully.

Myanmar people are often soft, polite and friendly. If an expat shows strong negative emotions, it will affect the relationships instantly. His colleagues will most likely be terrified, and will avoid further communication with him then. Avoid elevating your voice, and yelling at all costs! There are lots of stories about how a yelling voice can negatively affect the expats’ performance in Myanmar.

Be soft, polite and smile!

➤ Show your care and kindness

In Myanmar family business culture, the corporate environment is often a place where “the heart wins the mind”. It’s a feminine culture, where emotions could often win over rationality. People focus more on building harmonious relationships and maintaining an amiable atmosphere than on merely achievements and competition.

Thus, your Myanmar colleagues are motivated when they feel they are cared for when their expat managers exhibit kindness (kyin na hmu) to them. Kindness can be expressed when managers try to understand the struggles of their team members, and help them to overcome those challenges.

Myanmar colleagues usually have respect towards expatriates who are often in management positions. They also expect respect in reciprocation. Respect holds everything in Myanmar.

Respect means respecting the Buddha (90% of the population follow Buddhism), not pointing at anything with feet, not touching anyone’s head and not using strong language. Respect can mean not shouting or yelling at people. Most critically, respect means following the Survival Rules of “Hierarchy” and “Anadeh” in Myanmar. (More can be found in the book “When Global Meets Local”).

As Myanmar has just unlocked for less than a decade, many of your local colleagues may not be familiar with international standards of professionalism. These norms are usually well beyond their experience, education and imagination. That is why thorough instructions and coaching are mandatory.

Eventually many expats in Myanmar have succumbed to acting in “micromanagement” style which was not fancied beforehand. They have to provide their reports with meticulous instructions, coach them, and keep tracks of the process, even though the assignments have been passed on.

The tip of high return on investment: Get intercultural training

As mentioned, intercultural management is the most challenging issue for expatriates overseas, let alone in Myanmar where the economy was only recently opened up. Organizations in Myanmar have to extend heavy packages for expats coming over. They are hence inclined to allocate part of a budget for intercultural training for expats – since it is a smart way to secure their huge investment. If your company does not offer intercultural training to you, you can demand it for the sake of both sides.

Professional intercultural training can assist expats effectively in making their assignments a success. It can furnish you with the local cultural values and beliefs, daily life and social etiquette, business practice and etiquettes, and how to work well with Myanmar colleagues.

Hana is an intercultural trainer and best-selling author about Myanmar. Her book “When Global Meets Local – How Expatriates Can Succeed in Myanmar” is the first-time guidebook for expats on how to work well with local colleagues. Hana can be contacted at hana@interculturemyanmar.com

For more information about intercultural training and the book: http://interculturemyanmar.com/ 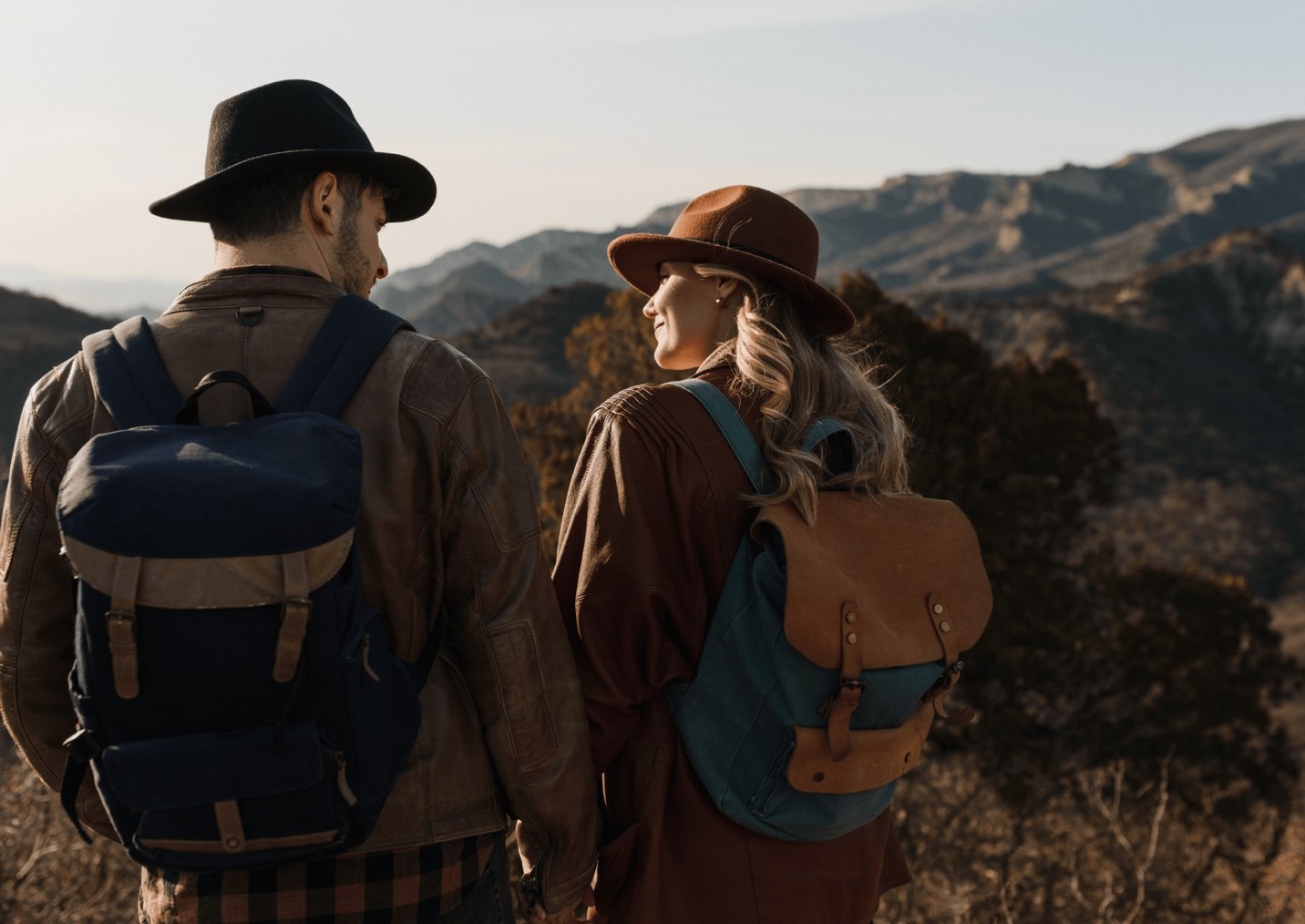 Small but Mighty Tech Travel Tool Born Out of Necessity 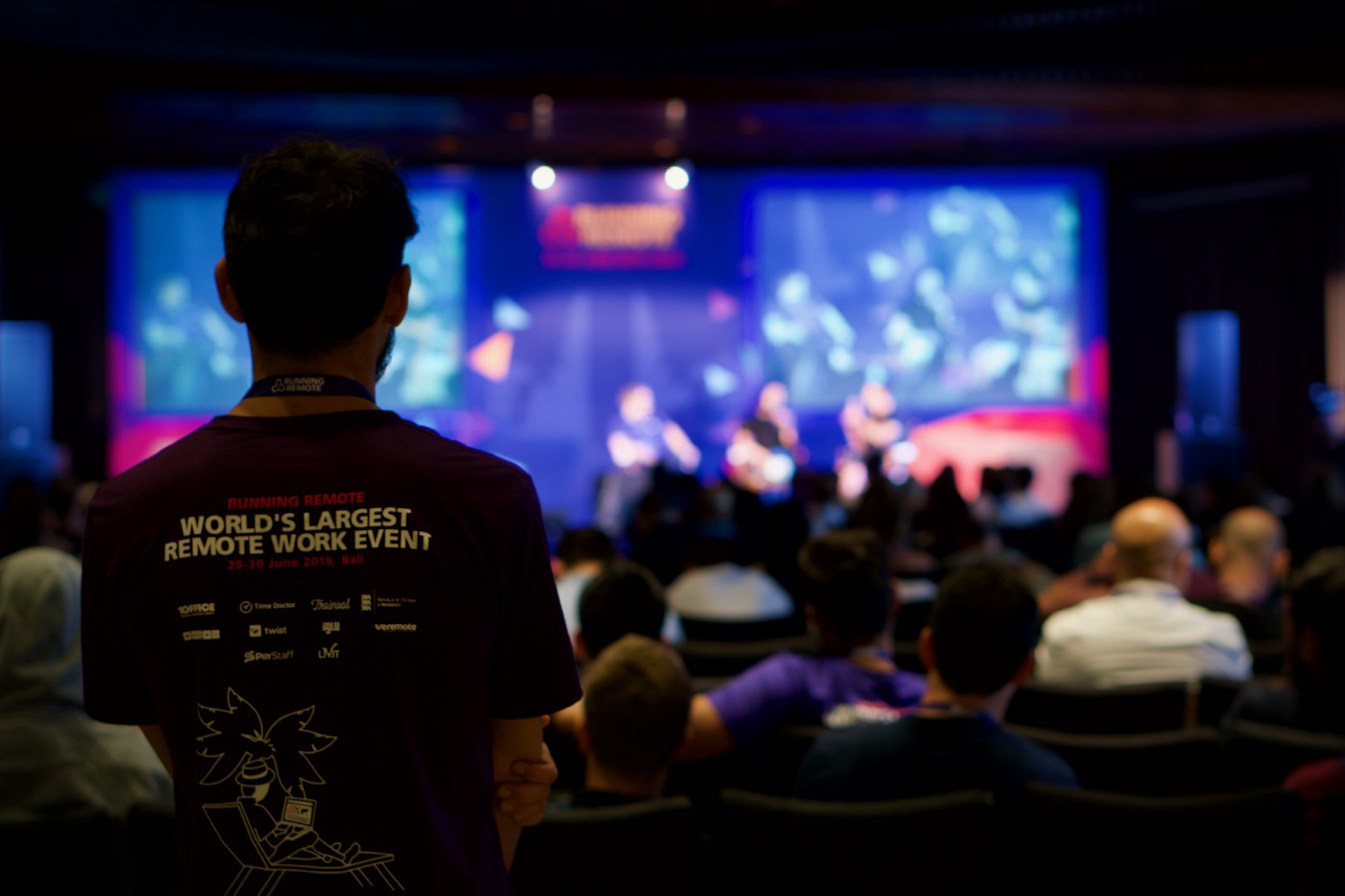 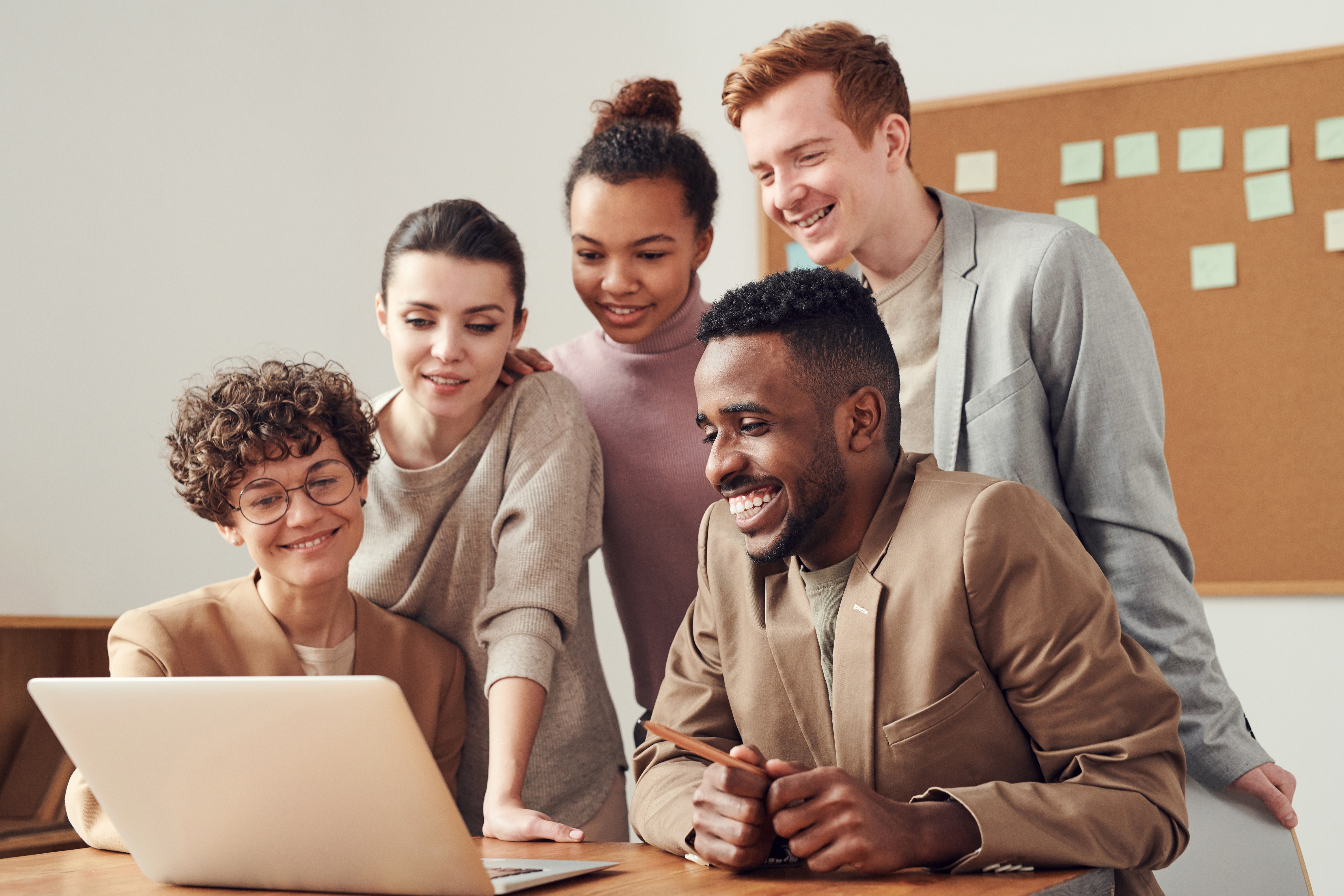 News & ResourcesBeyond BordersThe New NomadNewsEvents
Insured Nomads Corporation (NPN#19616300) acting as the agent in selling these insurance policies in the USA. It receives compensation based on the premiums for the insurance policies it sells. Insurance license information available here.

Coverage may not be available in all jurisdictions. Further information provided upon request. Available direct, embedded and through select brokerage firms.